As a Transformational Life Coach, many of my coaching clients are seeking ways to discover how they can be more present in their lives.

But my work doesn’t necessarily stop with my life coaching clients!

Case in point, the moment that happened recently with my sweet husband…

Presents versus Presence aka How to Be More Present

It was Mother’s Day morning.

Hubby and I were sitting side by side on the sunporch sofa, coffees in hand.

He turned toward me and said, “Is there anything you’d like for Mother’s Day?

He and our daughter had already brought a hanging basket of pink petunias home from the garden center the day before.

I leaned my head back against the couch cushion and assured him I didn’t want anything else.

“I could weed the garden with you?” he suggested.

However he threw out a few other ideas, but then I had one of my own.

“But the one thing I really do want is Your presence. You, just being present with me.”

I tried not to chuckle as he ran his hand through his hair and blew out a long, slow breath.

I realized this was my opportunity to teach him how to be more present!

“Didn’t you want me to trim the apple trees?” he asked. “Clean out your car?”

Next he started strumming his fingers on the arm of the sofa.

He smiled and looked back at me with wide, pleading eyes.

Because my husband is a DOER.

Over this past year throughout isolation, he’s worked his day job and…

taken down a tree and is currently working on the stump

built me garden beds with an irrigation system

pulled car parts out of his old 1970s convertible

cleaned and reorganized the garage

built a bike shop in the old shed

turned my mountain bike into an E-bike (my new favorite!!! We have a lot of hills around here!!!)

And I could go on and on, but you get the picture!

So on Mother’s Day, he wanted to know what he could DO for me.

I was asking him to stop and BE with me.

Pedaling, tinkering, building, raking, moving, doing…put it all aside for a day.

“Well, what does that look like?” hubby asked. “How do you do nothing?”

So I went on to explain that I wasn’t suggesting we do nothing. That not doing, doesn’t mean doing nothing. In fact, it means quite the opposite.

It’s the act of doing something that from the outside looks like nothing, but actually feels like something, especially to me!

So he reluctantly agreed, even though I could tell, my ever-moving, busy husband, wasn’t quite sure what he was agreeing to.

But together we moved through our day, with a deliberate sense of presence.

We just hung out on the couch for quite a while and eventually made omelettes for breakfast. We took Georgie for a long slow walk. Sat on the rockers on the front porch. Spent time with both kids, one here at home, the other over the phone, and later, took a nap on the back patio.

By day’s end we were relaxed, at ease and looking forward to the coming week.

Hubby had asked what sort of present I was wishing for this year. And it turns out, presence, his being present to me was the best present I could have received.

Although I suspect come Father’s Day this year, they’ll be a lot of Doing in my future! 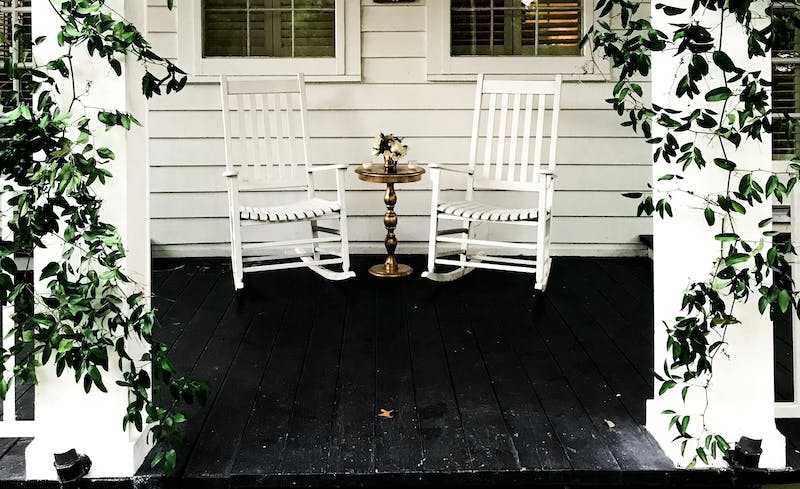 photo thanks to kaleigh sawers

And you? What sort of present is most meaningful to you?

Are you are more of a Be-er or Do-er, or somewhere in between?

Sending you love and blessings,

Subscribe to get my Magical Moments Newsletter in your email!

Do the same old patterns keep repeating in your life?

What happens when we talk?

Schedule your FREE Discovery Session Coaching Call
What is the Best Gift for Mother’s Day?

Why is Play Important?
Scroll to top

This site uses cookies. By continuing to browse the site, you are agreeing to our use of cookies.

We may request cookies to be set on your device. We use cookies to let us know when you visit our websites, how you interact with us, to enrich your user experience, and to customize your relationship with our website.

Click on the different category headings to find out more. You can also change some of your preferences. Note that blocking some types of cookies may impact your experience on our websites and the services we are able to offer.

These cookies are strictly necessary to provide you with services available through our website and to use some of its features.

Because these cookies are strictly necessary to deliver the website, refusing them will have impact how our site functions. You always can block or delete cookies by changing your browser settings and force blocking all cookies on this website. But this will always prompt you to accept/refuse cookies when revisiting our site.

We fully respect if you want to refuse cookies but to avoid asking you again and again kindly allow us to store a cookie for that. You are free to opt out any time or opt in for other cookies to get a better experience. If you refuse cookies we will remove all set cookies in our domain.

We provide you with a list of stored cookies on your computer in our domain so you can check what we stored. Due to security reasons we are not able to show or modify cookies from other domains. You can check these in your browser security settings.

These cookies collect information that is used either in aggregate form to help us understand how our website is being used or how effective our marketing campaigns are, or to help us customize our website and application for you in order to enhance your experience.

If you do not want that we track your visit to our site you can disable tracking in your browser here:

We also use different external services like Google Webfonts, Google Maps, and external Video providers. Since these providers may collect personal data like your IP address we allow you to block them here. Please be aware that this might heavily reduce the functionality and appearance of our site. Changes will take effect once you reload the page.

The following cookies are also needed - You can choose if you want to allow them: